Veteran actor Prince Yawson has been visited by Santa Klaus.

It is an early Christmas for him as someone has offered to pay for the hospital bills that would make them release him where he was being kept hostage for his failure to settle bills. 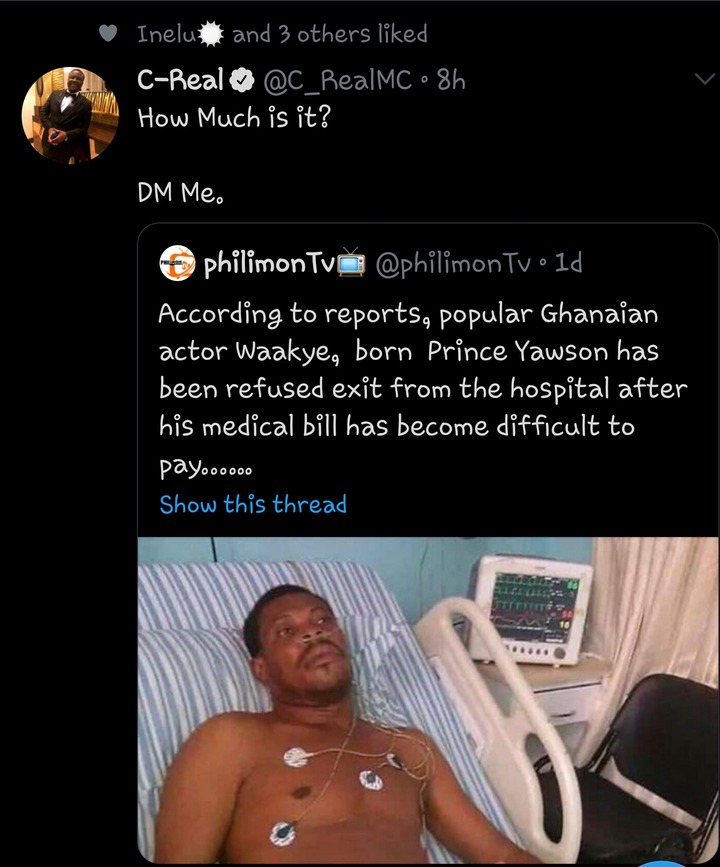 To Be Successful, Learn To Mind Yo...

Waakye Fighting For His Life-...