HomeEntertainmentHaven’t Been Insulted Enough?— Mzbel Cries Out To Ghanaians

Haven’t Been Insulted Enough?— Mzbel Cries Out To Ghanaians

Haven’t Been Insulted Enough?— Mzbel Cries Out To Ghanaians

Berlinda Akua Amoah known popularly known as Mzbel is crying out to Ghanaians.

She says they just allow her to be because she has suffered more than enough in their hands.

According to her, insults and bullying are too much.

She made this comment after she made headlines for saying marriage is tantamount to slavery and she would never succumb to that for any man on this earth.

The mother of two discloses that she said that but it was about six years ago so she finds it strange that someone brought it up once again. 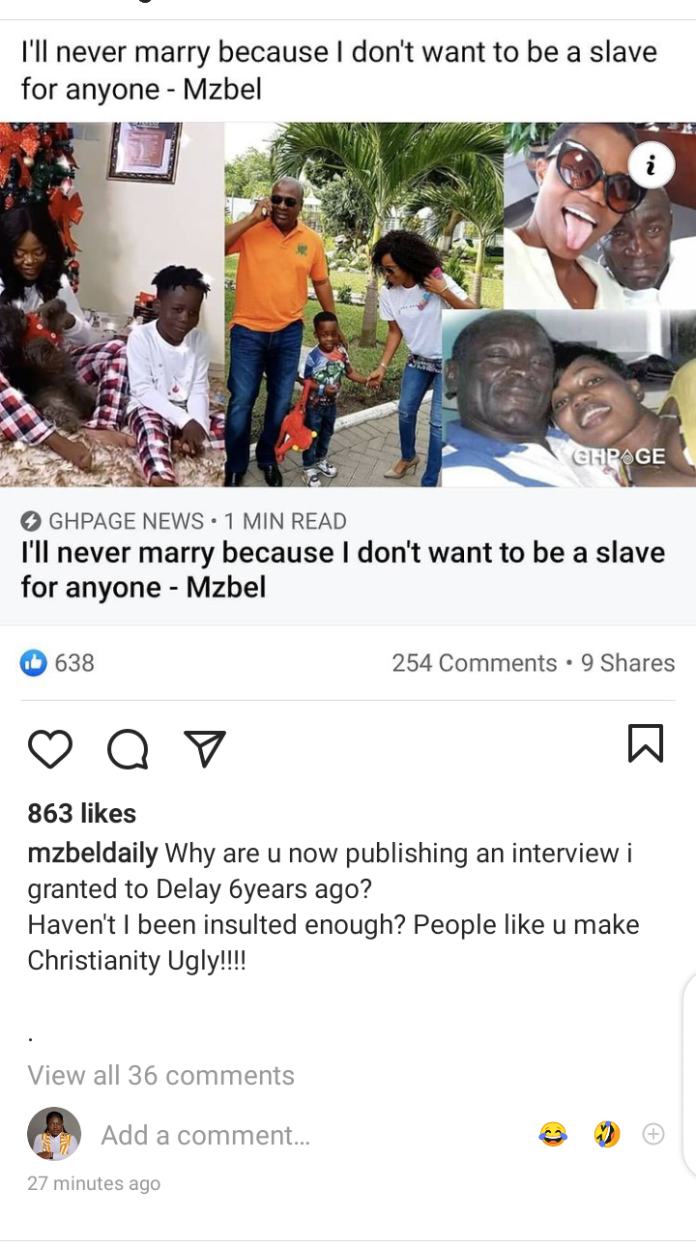 Wendy Shay Completely Messes Up On...

I Find Nothing Wrong With Peop...

Forgiveness Is Not The Same As...